YUMAB GmbH was founded in 2012 by four outstanding scientists from the University of Braunschweig, Germany. Stefan Dübel in particular has dedicated almost 30 years of his career for the development of fully human antibodies. He achieved breakthrough inventions in antibody phage display and was one of the drivers of recombinant antibody technologies.

Stefan Dübel comments: “Today, I look back on more than 28 years of scientific research that I dedicated to make antibodies as human as possible. I am really happy to see that the market has finally recognized the advantages of fully human antibodies for immunotherapy.”

“We cannot change biological mechanisms behind the success of antibody drugs, but we can focus on fully human antibodies as early as possible in our R&D programs to accelerate the translation from bench to bedside and to mitigate the risk of clinical failure. YUMAB supports clients and partners worldwide in this process to save time, improve the biological quality of their lead candidates, and ultimately help increase the value of their drug development pipelines.”

Thomas Schirrmann received his PhD in immunology on adoptive cellular immune therapy with chimeric antigen receptor (CAR) Natural Killer (NK) cells from the Humboldt University and worked as scientist and group leader in research institutions such as Max-Delbrueck-Center of Molecular Medicine (MDC), Charité Hospital in Berlin and the University of Braunschweig. In over 20 years of his research he gained a broad interdisciplinary expertise in recombinant antibody technologies, protein engineering and expression, bi- and multispecific antibodies, fusion proteins, gene-modified immune cells and immunotherapies. Thomas is author of more than 70 research articles and inventor of several patents. With three of his co-workers he founded YUMAB, where he acts as CEO and develops it into a fast-growing biotech company. He received several local and regional prices for his outstanding work in translating science into commercialization.

André Frenzel studied biology at the Johannes Gutenberg University Mainz and received his PhD from the Leibniz University in Hanover. Since 2004 he has been working in the antibody field and has published more than 30 articles (including book chapters and reviews) on discovery and development of human antibodies and antibody phage display. His field of expertise is the development of human and human-like antibodies for diagnostics and therapy with a focus on cancer and so-called difficult targets. In 2009 André joined the group of Prof. Dübel at the University of Braunschweig. André is co-founder of YUMAB and acts as CSO for the company.

Philipp Kuhn received his MSc. from the University of Heidelberg and finished his master thesis at the National Center for Tumor Diseases (NCT) and German Cancer Research Center (DKFZ). For his PhD he joined Prof. Dübels group at the University of Braunschweig. Philipp has been working in the field of antibody discovery, engineering, and characterization since 2012. In 2016 he joined YUMAB as Project Manager of the Platform Technologies Unit. In this function, he is responsible for managing client projects in Antibody Discovery. 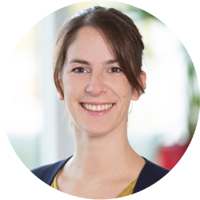 Linda Kirchner holds a MSc. in Biotechnology in which she developed and screened a mimetic antibody phage library. She worked on her binational PhD at the Northeastern University Boston in cooperation with the Leibniz University Hanover. Linda strengthened her skills in business and finances in another company before she joined YUMAB at the beginning of 2017. She acts as Head of Business and Finances at YUMAB GmbH and as CFO of YUMAB Inc. in Atlanta. 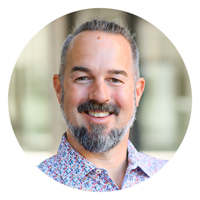 Alexander Ehm completed a technical degree in process engineering at Munich University of Applied Sciences. In addition, he received his Executive MBA in Entrepreneurial Management from the University of Liechtenstein. Alexander has been working for the Pharma, Biotech and MedTech industry since 2011. In 2021 he joined YUMAB as Head of global Business Development. In this role he is responsible for Business Development and Marketing. 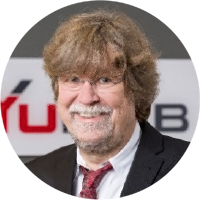 Dr. Stefan Dübel received his Ph.D. from the University of Heidelberg, in 1989 he joined the German Cancer Research Center (DKFZ) where he co-pioneered in vitro antibody selection technologies, resulting in several key inventions including antibody phage display (e.g. US Patent 5849500), human antibody libraries (e.g. US6319690) and antibody libraries with randomized CDRs (e.g. US Patent 5840479). His lab continued to contribute to multiple topics related to human antibody engineering, phage display and in vitro evolution, e.g. Hyperphage technology (2001), ORFeome display (2006), and targeted RNases for cancer therapy (1995/2008). Other achievements include the developed the world’s first protein knock down mouse using intrabodies (2014), and a universal allosteric switch module for antibody affinity (2017). His work on antibodies resulted in >200 publications and >25 patent applications.

Since 2002, Stefan is full Professor of Biotechnology and Director of the respective department at the University Braunschweig (http://www.bbt.tu-bs.de/Biotech). He further serves as director of the technology transfer unit “Centre for Molecular Engineering” of iTUBSmbH and as consultant to biotech / pharma companies and US/EU government institutions. He initiated the “Antibody factory” of the German National Gemome Research Network and is editor of the four volume “Handbook of Therapeutic Antibodies” and other antibody engineering books. He is co-founder of several biotech companies, i. a. of YUMAB, where he acts as scientific advisor. 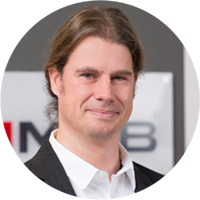 Michael studied biology at the Carl von Ossietzky Universität in Oldenburg, Germany, from 1993-1999. He received his PhD from the Leibniz Universität in Hannover, Germany, in 2002. Since the end of 2002 he has been working as group leader at the Technische Universität Braunschweig, Germany. In 2011 he finished his professorial dissertation (Habilitation, venia legendi for Biotechnology) and was appointed Privatdozent (PD). In 2014 he was appointed professor for biotechnology.

Michael published more than 140 articles and filed several patents in the field of antibody engineering and phage display. He is working on the development of recombinant antibodies for proteome research, diagnostics and therapy with a focus on pathogens (Marburg virus, Western equine encephalitis virus, Listeria monocytogenes and others) and toxins (botulinum toxins, diphtheria toxin and others). Another field of his work is the identification of pathogen biomarkers using ORFeome phage display. He is co-founder of three biotech companies, i.a. of YUMAB GmbH, where he acts as scientific advisor.

This site uses cookies. By continuing to browse the site, you are agreeing to our use of cookies.

We may request cookies to be set on your device. We use cookies to let us know when you visit our websites, how you interact with us, to enrich your user experience, and to customize your relationship with our website.

Click on the different category headings to find out more. You can also change some of your preferences. Note that blocking some types of cookies may impact your experience on our websites and the services we are able to offer.

These cookies are strictly necessary to provide you with services available through our website and to use some of its features.

Because these cookies are strictly necessary to deliver the website, you cannot refuse them without impacting how our site functions. You can block or delete them by changing your browser settings and force blocking all cookies on this website.

We also use different external services like Google Webfonts, Google Maps and external Video providers. Since these providers may collect personal data like your IP address we allow you to block them here. Please be aware that this might heavily reduce the functionality and appearance of our site. Changes will take effect once you reload the page.